On May 31 2013, state power /Turkish police has used disproportionate force against citizens protesting the the government’s decision to build a shopping centre at the expense of one of Istanbul’s most famous park Gezi Park. Freedom of assembly and the right to express an opinion is a component of the constitutional and fundamental human rights and freedoms. Turkish citizens [...] → Read the full article… 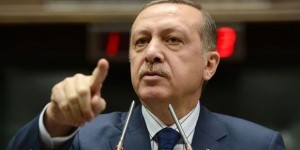 Erdogan criticized the demonstrators and blamed the media. He said: “Take a look and notice the game being played here. There have been mistakes in the use of pepper gas, sure. However. the Topcu barracks will still be built.” Erdoğan, added that the entrance of the barracks could either be built as a mall or a city museum. Prime Minister [...] → Read the full article… 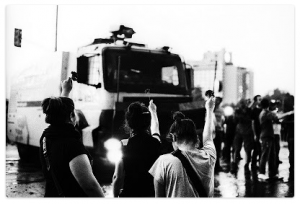 I will tell you the flow of the events. Like most of the people here, we have been in Gezi Park since the first day. On the very first day, bulldozers entered the park, but a group of twenty people stopped them. We went to the park on the following day and saw people setting up tents, we decided [...] → Read the full article…

İstanbul – Police intervened in a group of people at Taksim Gezi Park
in Istanbul by using tear gas and pressurized water against those
protesting the demolition of the park and uprooting of the trees since
Monday. A group of protestors who gathered at Taksim Square was dispersed by police using pressurized water and tear gas.

In the intervention, some protestors were injured. Medical teams arrived on the scene and treated them.

A woman (Lavna Allani) with head injury was taken to hospital. Her medical condition is critical and skull is broken.

Within the scope of the Taksim pedestrianization project, approved by the
government in February 2012, the Gezi Park walls facing the Elmadag area
were demolished by construction workers on Monday night. Shortly after,
a group of protesters came to the park to prevent further uprooting of
the trees and demolition of walls.Earlier, Prime Minister Recep
Tayyip Erdogan commented on the protests by saying that the government
had made its decision and there would be no U-turn in this regard. 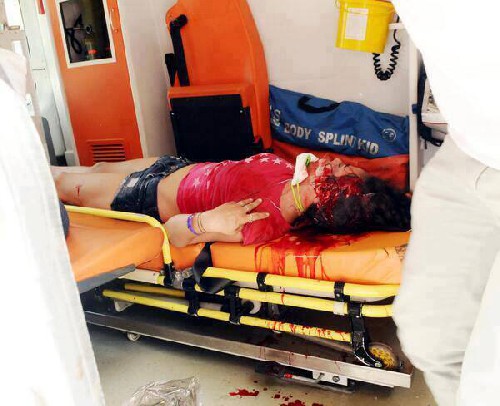 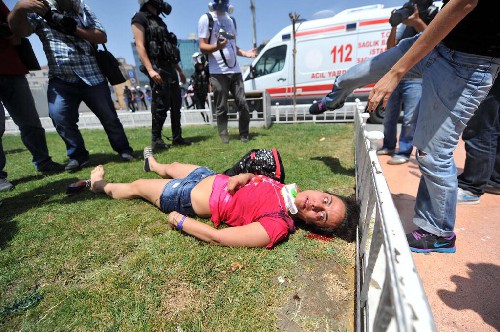 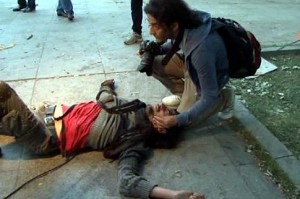 Images of police violence were published showing violence directed against Hazar Tunca during the Gezi Park demonstrations. Videos of the police attack on Hazar Tunca during events following the police intervention aimed at breaking up the gathering in Taksim’s Gezi Park have been released. He got to the tree before the bulldozer and shielded the tree It seems that Tunca [...] → Read the full article… 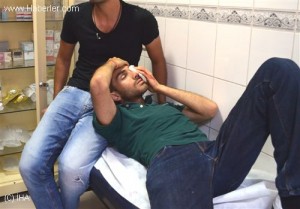 Sepehr Vahabi, an Iranian student at the Faculty of Naval Architecture at Istanbul Technical University, lost his left eye due to a rubber bullet fired by the police force during the Gezi Park demonstrations. Many people were wounded last week as police forces attacked demonstrators protesting against the demolition of Gezi Park with pressurized water, pepper gas and rubber bullets. [...] → Read the full article…

The No Tav movement from Val Susa (Susa Valley near Turin) has sent a solidarity message to protesters in Gezi Park. The No Tav are fighting against the construction of the high speed train from Turin to Lyon. A mega work which would destroyed lands and seriously affect people’s life and health. And a useless project for which there is [...] → Read the full article…