1. Erdogan’s pretext for shutting down Twitter is the existence of two accounts he claims are slanderous, which have been linking to allegedly fake recordings that show him as corrupt. 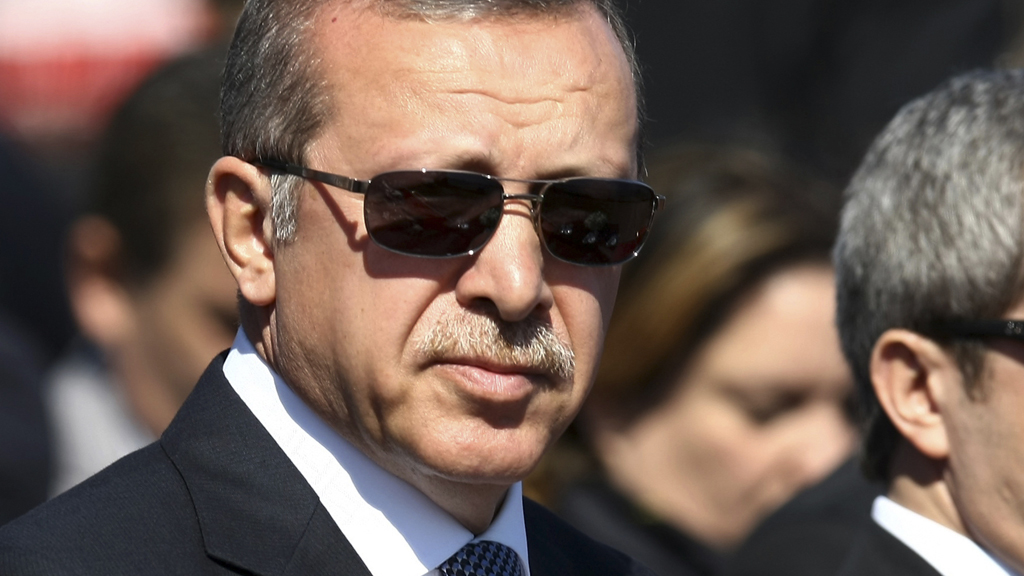 This is not the first time a government has threatened, or acted, to shut down Twitter when faced with political opposition. When Mubarak did it he was overthrown shortly afterwards.

Erdogan enjoys mass support among the conservative Islamist lower-middle class but this has already caused a massive split inside the AK party elite. If it doesn’t signal the end of Erdogan, it is the end of his international credibility.

2. The situation in Turkey is tense. Berkin Elvan was shot in the head by a tear gas canister during last year’s riots over Gezi Park, and died this month. While other members of the Turkish ruling elite tried to calm things down and pay respects, Erdogan went on TV to claim the 15-year-old had “terrorist links”.

That, and the Twitter ban, are gambits designed to force the secular, young and leftist opposition onto the streets during the election, boosting the turnout of their opponents, the conservative Islamist masses.

3. Last year’s protests were not the work of a “secular elite”. The BBC keeps talking about this: a) many of the people I met in Gezi were Muslims, and not just the anti-capitalist Muslims in their headscarves. Many self-identified as “Muslims who don’t want this country to become Iran”. b) Yes, the children of the old military elite were involved, but what allowed people in Taksim to turn central Istanbul into a police-free commune for several days was the very wide nature of the support. c) The post-Gezi opposition is only an “elite” if the working class, salariat and educated youth are an “elite”. Get your facts right.

4. This is just the latest battle in a global culture war that is raging from the jails of Arizona to the gay underground of Moscow: social conservatism and religious fundamentalism are profoundly challenged by the emergence of the internet, and above all social media.

They see the combination of personal and sexual freedom with freedom of expression as an extinction-level threat to the institutions that underpin their way of life: nationalism, churches, hierarchies.

5. Erdogan was once the poster-boy for the west in the Middle East. While his current conflict is now with simultaneously the exiled Islamist leader Fethullah Gülen, and the educated and secular leaning generation, and half the police force, and even parts of a habitually craven media establishment… Well, the west had better start finding a new guy to rely on in the region.

The British Conservatives, who detached themselves from the centre-right EPP in Europe to create the  Alliance of European Conservatives and Reformists (AECR), are now sitting in the same group as Erdogan who has banned Twitter. The AK Party, apart from the Polish Law and Justice party, is the only other political formation in the AECR with any national clout.

6. The ageing elites of the pre-internet age are slowly realising what young people are born knowing: you can’t turn off the social media without turning off modernity and economic life. The workaround Turkish tweeters are using exploits the fundamental strength of the internet: it is a network of networks, containing non-hierarchical pathways that simply do not allow you to switch part of it off.

This is a signal moment in that process: a moment where a once-respected statesman turns into a Canute-like clown. It’s a moment Homer Simpson’s epithet “Doh!” was invented for, and is already resonating globally with people who have no idea what the domestic Turkish issues are.

7. This is not about Turkey, it’s about the right to be modern. At a fracking conference this week, one of the CEOs said, ruefully, “a protest in one site is a protest everywhere”. By contrast, a Twitter shutdown on one site is a shutdown nowhere. It’s a global advert for the ineffectuality and detachment of political elites, and their opponents are reveling in it.