It’s worth remembering that Erdogan’s mystique first showed cracks over his virulent reaction to the Gezi Park protests. That too was about huge building projects. There’s something about construction that seems to matter a lot to Erdogan’s grip on power. The fact is, no other industry does the same job that banks do of dispersing money throughout the economy, while avoiding the banking sector’s transparent accounting practices. In other words, construction spreads employment and largesse among huge slices of the poorer voting population. 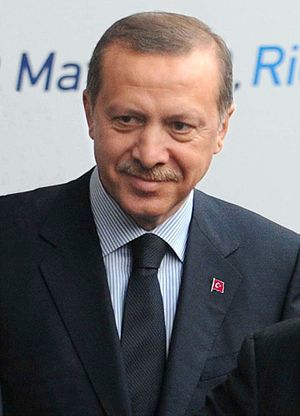 There’s a certain pleasure in witnessing foreign journos being utterly bewildered by the whirligig of nutty events in Turkey. It’s not as if Turks, especially secular Turks, hadn’t warned them over the years that Prime Minister Erdogan and his AK party were up to no good. But Erdogan kept winning back-to-back elections so global media dismissed his critics as elitists, ‘white Turks’, pro-military nostalgists who resented a more inclusive democratic polity. Anyone whispering about a shadowy Islamic network of stealthy activists – the Gulenists – got instantly dismissed as laughably conspiracy-minded, suffering from a peculiarly Turkish weakness.

Well, here you all are. Where be your gibes now?

Sadly, Western news media organs really don’t like to get too investigative or granular about events in foreign lands. Journalists know that editors don’t want anything too insiderish, editors know the same of their readers and advertizers. Nobody will get it, that’s the received wisdom. As a result, the reader feels perenially astonished by upheavals abroad. Let us buck the trend just this once and offer a nuanced slice of Turkish politics. Let’s see if it works. But first an update. Erdogan reacted to the corruption probe against his henchmen by replacing most of them and firing a bunch of prosecutors for daring to launch the investigation. Turks woke up to find their country in a political civil war of Gulenists vs Erdoganists. One or two former top loyalists, angered by being so easily ditched, grumbled that the PM should answer charges too. Journalists didn’t know what they could report, not knowing which faction was most likely to fire them or arrest them.

Meanwhile, rule of law effectively dissolved when some police chiefs refused to carry out prosecutors’ warrants. Erdogan promised that he would amend the constitution so this wouldn’t happen again, all the while threatening to call a snap election and publicly venting about outside forces bent on destabilizing Turkish democracy. He spoke about “an organization, a gang that has established itself within the state”, about their presence in the judiciary and among the police. Now, it would be easy and lazy to dismiss this as so much paranoia, or as conspiracy-mongering to cast the blame elsewhere in the way that corrupt populists do. But there’s more than a grain of truth in his conspiracy scenario. Erdogan should know because he benefited from it. Only, this ‘gang’ wasn’t so objectionable when they were wiretapping journalists and academics and military officers.

The corruption probe against Erdogan loyalists focuses essentially on two areas of alleged misconduct: the machinations of a state bank doing business with Iran and, separately, widespread graft in the construction sector. The first has already received plenty of scrutiny worldwide as it concerns potential sanctions-busting. Let us look at the second – in a simple and digestible way. It’s worth remembering that Erdogan’s mystique first showed cracks over his virulent reaction to the Gezi Park protests. That too was about huge building projects. There’s something about construction that seems to matter a lot to Erdogan’s grip on power. The fact is, no other industry does the same job that banks do of dispersing money throughout the economy, while avoiding the banking sector’s transparent accounting practices. In other words, construction spreads employment and largesse among huge slices of the poorer voting population. As the Chinese have found out, it can even keep a non-voting population quiescent. Construction also serves as a terrific vehicle for laundering money that enters the economy in large amounts from political patrons in the Gulf states. Erdogan’s Islamic backers in Saudi Arabia and the Gulf keep Turkey’s current account deficit from going south with large infusions of funds and there’s nothing they understand more than high-rise towers. As Sochi Olympic expenditures have demonstrated in Russia, construction provides highly efficient conduits for rewarding cronies. And as Western economies also found out, there’s no bubble more easily inflatable than a housing bubble; you can borrow for it and you can borrow against it. You can sell securities through it. You can have a pretend economy.

Why else does construction matter? Here’s something the Saudis first pioneered in the Islamic world by building all over Mecca’s historic sites: you can alter the national memory and rejig social groupings through construction. In Turkey’s case, this has involved pushing huge highways through secular pro-Western middle class and affluent areas thereby dispersing communities that vote for the other side. This is happening to the campus of Ortadogu Teknik University, the country’s top academy of science in the capital of Ankara. That’ll teach them to espouse Darwinism and other empirical heresies. Construction also allows you to create loyalist communities. Turkey’s National Housing Fund subsidizes residential complexes that eschew studio apartments or one-bedrooms so as to prevent singles lifestyles. Mussolini would have understood. Cities populated by traditional villages full of propagating families shape urban values rather than the other way around. In this way, construction operates very effectively as a social engineering mechanism, a phenomenon familiar to 20th century dictators but one that we don’t watch for in 21st century democracies.

All this has transpired against a background of innumerable other pressures on the social fabric which have only piled up, such as the Kurdish issue, while others have been exacerbated under Erdogan: Syria border problems, religious bullying, weapons smuggling, feuds with neighboring states, civil unrest, anti-semitism, media censorship and many more. The AK party’s answer has been to siphon Gulf money at everything while offering the little guy easy power triumphs in religious, genderal and nationalistic areas – the conversion of Santa Sophia into a mosque, for example. These are very dangerous forces to set loose. Any responsible national leader would shy from invoking a single one, let alone multiple bunches of them simultaneously, for fear of provoking irreversible strife. Erdogan has gone there, repeatedly. A country that won’t keep him as leader, he seems to be saying, doesn’t deserve to survive.