Police authorities released a report regarding the demographics of over 5,000 individuals who have been detained during Gezi Resistance protests across Turkey. 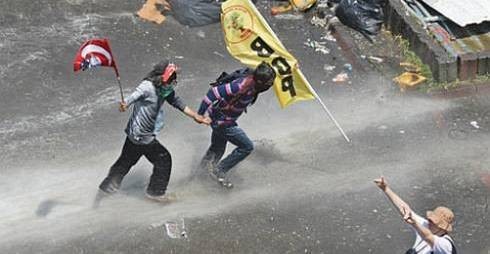 According to Milliyet newspaper, the information leading to the drafting of report has been gathered out of over 5,000 individuals who have been detained during Gezi Resistance protests.

Some of the highlights from the report are as follows:

* During the 112 day period between May 28 until the first week of September, 5,532 protests have been organized across all (81) provinces of Turkey with the only exception of Bayburt.

* While approximately 3,600,000 people attended the protests, 5,513 were detained by the police. Within various investigations, 189 were arrested. On the other hand, 4,329 were wounded and 5 demonstrators were killed. Regarding the police forces, one officer died and 697 officers were wounded.

* 50 percent of those who are facing investigation are women.

* While 78 percent of all suspects were with Alevi religious background, other backgrounds of suspects included union/NGO, soccer fan groups, secularists and nationalists.

* While only 12 percent had a political party affiliation, 6 percent were linked with marginal leftist groups and 4 with terrorist groups and their legal extension