Ahmet Atakan, using his constitutional right to protest in Hatay Armutlu, was killed after being hit on the head by a tear gas canister fired by the police at short range. His family talked to BirGün. 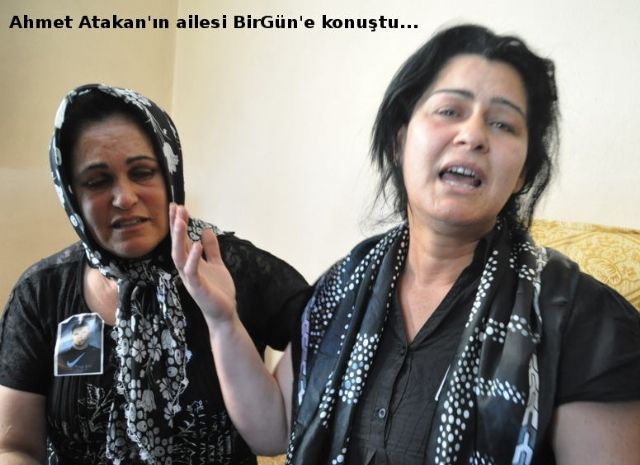 The father Ali Atakan asks the authorities to punish the murderers of his son: “We didn’t raise these children so that the state could kill them for nothing.” The mother Emsal Atakan says they were in agreement with their son and supported his fight from the start to the end: “The only crime that all the mothers and their murdered children committed was to demand peace.”

The father Ali Atakan: “We are utterly devastated because of our loss. Our son Ahmet was an honest person. He couldn’t stand injustice. We want the authorities to punish his murderers. We want justice not only for our son but also for all the young protestors who were killed. We didn’t raise these children so that the state could kill them for nothing. We share the grief of all the parents who have lost their children to this day. Ahmet was a brave young man. Just like Ethem, Ali İsmail, Abdullah…”

The mother Emsal Atakan: “My son resisted for his people. He lost his life for this cause. We supported our son in this righteous fight from the start to the end. He would say, “Mom, we are brave young men; we will resist and defy this unjust order of things. “I pray to Allah: May those who took my Ahmet from me taste the bitter loss of their children. My heart is bleeding. I am a mother. All those mothers’ hearts are aching: Syrian mothers, Ethem’s mother, Ali İsmail’s and Abddulah’s mother, they all lived through the tyranny of ruthless rulers. The only crime that all the mothers and their murdered children committed was to demand peace.”

Ahmet’s friend Mert G.: “I saw him yesterday for the last time. We encountered each other in Armutlu during the resistance. We were chatting. I had an extra hard hat with me. I told him to take the hat and go forward. He declined. “There is no death for us tonight,” he said. Then, we heard someone saying, “Scorpions are coming.” We all grabbed some stones. Scorpions started to fire teargas. We were using stones against teargas canisters. Then the crowd retreated. Ahmet and another friend were left all alone near the scorpions. A few minutes later we saw him being shot and he collapsed. We took him out from the gas clouds and brought to the hospital in a friend’s car.”