A young man, Abdullah Cömert, participating in the Gezi Park protests in the Armutlu neighborhood of Hatay’s town center, was dead, as a result of police shooting. According to the eye-witnesses, Cömert was killed by the bullets coming from the Scorpion police vehicle.

It’s been reported that last night at 23:55 PM in the Armutlu neighborhood, there had been a clash 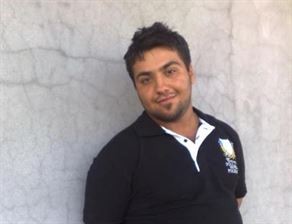 between the protestors and the riot police forces. During this confrontation, Abdullah Cömert, 22 years old, was heavily injured in the head as a result of shootings coming from the police vehicle.  Cömert died at the hospital that he was taken to right afterwards.

The eye-witnesses reported that the police shot four times aiming directly at Cömert and one of the bullets hit Cömert’s head.

The deceased Abdullah Cömert was born in Hatay’s Belen district and was living in the Gazi neighborhood.

Just before he was killed, Cömert had written and published a message through social media: “I’ve slept only 5 hours for the last 3 days. I’ve been exposed numerous tear gases and come close to death three times. And do you know what people say to us? ‘Forget about it, you cannot save the country anyway.’ Right, even if we cannot save the country, we will die for this cause. (I am so exhausted that I’ve drunk 7 energy drinks and 9 painkillers in 3 days in order to be able to stand on my feet. And I’ve totally lost my voice. But I am in the streets all the more to protest every day from the 6 AM onwards. And I do all these for the revolution)”