What does Erdogan’s government in Turkey and Sisi’s in Egypt share in common? ‘Nothing’ cannot be correct…Erdogan and Sisi are each fighting their own war on terror, yielding a violence that is no less legal or popular for its circular logics of clarification, writes Ayça Çubukçu. 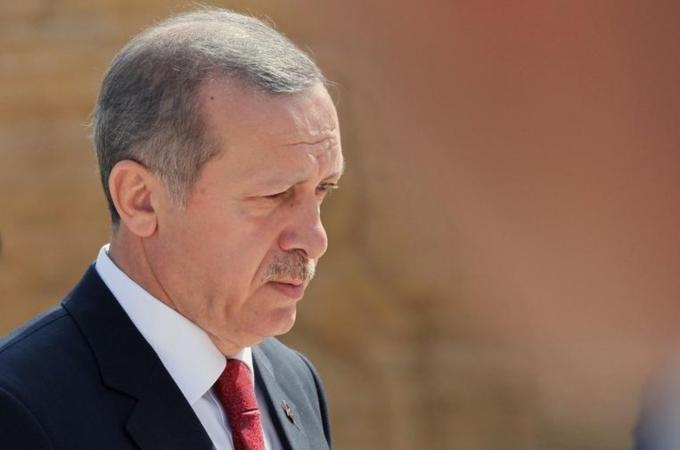 What does Prime Minister Erdogan’s government in Turkey have in common with General Sisi’s in Egypt? “Nothing” cannot be the answer—at least not for those who have dared to confront the legal, liberal, and lethal force of Erdogan’s rule during a long decade of tenure.

This is why on August 17, 2013, when he described what he saw in Egypt as “an Egyptian standing in front of a tank with no molotov, no weapon, and no stone but who is shot and martyred,” Erdogan could become the target of public ridicule. The Prime Minister was quickly reminded of the protestors that the Turkish police killed only weeks ago, of citizens wounded in the thousands by plastic bullets and tear-gas canisters the police kept shooting throughout the summer. And we can also remember both the military and the policeshooting at Kurds, long before this year. Is it a matter of numbers?

In either case, the Turkish state’s magnitude of violence—measured by the number of damaged human parts produced—is not the reason why Egypt recalled its ambassador from Ankara last week. Since a couptoppled President Mursi of Egypt on July 3, Erdogan has been bashing “the international community” for failing to condemn the new Egyptian government and its crackdown on political dissent. In return, Egyptian officials have predictably denounced Turkey’s “interference in the country’s domestic affairs.” Still, for Turkey’s President Abdullah Gül, what is happening in Egypt is “no longer an internal affair.” This is the case, he says, because even in war, “the loss of life is not at this rate.” Is it a matter of speed then?

At any rate, both Prime Minister Erdogan and General Sisi claim to represent “the people,” and who knows now, half the citizenry may agree. While commentators measure the popular support they enjoy in percentages of the whole, both men continue to insist with liberal pride and joy: people must be governed, killed, wounded and imprisoned, not randomly but justly, proportionately, deservedly—if not on behalf of humanity, then on behalf of the nation. Yet in Turkey, Egypt, and elsewhere, an adamant fact remains: “the people” is not one but many, that is, political opponents disagree. Is it a matter of procedure then?

Erdogan and Sisi are each fighting their own war on terror, yielding a violence that is no less legal or popular for its circular logics of clarification. In both Ankara and Cairo, not to mention Washington and London, terror is illegal and illegitimate violence; legal and legitimate violence is what fights terror.

The opening shot of a new public announcement produced by the Office of Counter-Terrorism in Turkey shows a few rotten apples falling in slow motion from a tree. Along a “Before too late…” caption lingering in italics on the screen, the solemn voice of a man begins to carefully inform the public. “Our youth, who are the guarantors of our future, can start with small demonstrations of resistance that appear to be innocent, and after a short period of time, can engage without a blink in actions that may take the lives of dozens of innocent people.” In the background, we see a young woman chanting unheard at a protest, who appears elsewhere the next second, slowly being dressed as a suicide bomber by three men in silence.

“To the youth on the edge of a cliff, we are extending the friendly and trustworthy hand of the state. In this sublime struggle of ours, we expect support and sensitivity from all segments of society.” And the man’s voice concludes with vigour:  “… let us claim our children!”

I cite this timely message from the Turkish state for revealing clearly how it regards the youth and children “of” Turkey, potential terrorists to be saved and redeemed by state and society. But it also shows how, in this sublime struggle of ours, if certain habits of thought and practice, certain sensibilities and “reflexes” must be cultivated, maintained, and protected, such a mission must take more than a generation; it must include at least the next. Is it a matter of education then?

The first question to ask, I think, is not whether protesters in Trafalgar, Rabea or Taksim Square are “really” terrorists. More perplexing is the legality and the popularity that wars on terror can enjoy throughout the world, whether fought by military or parliamentary regimes, their armies or their police. Why can every head of state, every prime minister, every general, every minister of the interior and the exterior agree? Terrorists must be eliminated and from them society—even humanity—must be defended.

We demand security and praise its providers. We debate its road maps, stakeholders, and requirements. We compare its means, budgets, and proportions. We distinguish legal and illegal, lawful and lawless, just and unjust kinds. We measure results by speed and numbers, deaths and wounds in humans. We have warfare, espionage, and surveillance. We face arrests, raids, and assassinations. We use death squads, drone spies, and prisons. We despise threats, risks, and breaches. We want peace and protection, law and order, tranquillity of mind.

Then we ask whether Erdogan and Sisi have anything in common. They have the army, the police, the law, some “legitimacy,” and a totally glorious state to govern.