The 13th Istanbul Biennial, titled “Mom, Am I Barbarian?” (Sept. 14-Oct. 20) aims to examine the public domain as a political forum. A statement released by the organizers in January said that the exhibition would highlight art projects that “activate social engagement and public forums to generate the possibility of rethinking the concept of ‘publicness’.” It also stated that the exhibition venues would occupy public buildings left temporarily vacant by urban transformation, including “the very contested Taksim Square and Gezi Park.” 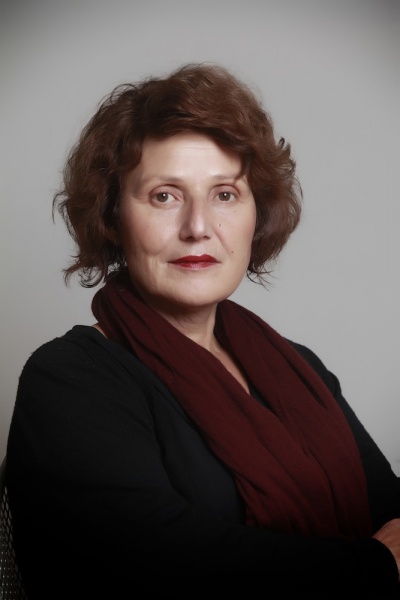 This statement was released several months prior to May 31, when massive protests erupted all over Turkey in response to police violence against protestors in Istanbul’s Taksim Square and Gezi Park, public spaces which a government redevelopment plan would largely privatize.

The biennial’s curator, Fulya Erdemci, is a curator and writer living in Istanbul and Amsterdam; among many other international curatorial projects, she organized the Turkish pavilion at the 2011 Venice Biennale. Erdemci recently talked with A.i.A in Istanbul about how the events triggered by the Gezi Park protests have required a rethinking of her curatorial strategies.

BERIN GOLONU  Your exhibition title is inspired by the title of a book of essays by the contemporary Turkish poet Lale Müldür. How does this title inform the exhibition’s conceptual framework?

FULYA ERDEMCI  My curatorial concept exists between three axes. The theoretical focus, or first axis, asks the question of how we can think about diverse publics coming together to create a political public forum. Praxis, which forms the second axis, takes the wild, unleashed urban transformation of Istanbul as its site of inquiry. It asks how we can think about the political public forum in terms of space. Müldür’s title fits into the third axis, which is the sphere of the imagination. The title introduces the concept of the barbarian. When the ancient Greeks heard foreigners speaking other languages . . .

ERDEMCI  Turkish could be an example . . . they thought it made a sound like “barr barr barr.” So a “barbar” or “barbarian” is someone who cannot speak the Greek language, and is therefore not a citizen. Barbarians are the people in this city whose voices are repressed. The protests at Occupy Wall Street, Tahrir Square and Gezi Park are all very different, but maybe their commonality rests in demanding a different world. I think of “barbarian languages” as the unorthodox languages we need to invent in order to call a new world into existence.

GOLONU  How have the GeziPark occupation and protests changed your curatorial strategies for the biennial?

ERDEMCI  The Gezi Park and Taksim Square occupation and protests were a surprise for all of us. They have filled us with hope. During the protests, all of the questions I asked in my curatorial framework emerged into the realm of experience. I wanted to ask if art could imagine a political public forum that would bring different worlds together. In Gezi, clashing worldviews came together, debated and acted together.

My specialty is curating art in public space, but after Gezi, I withdrew the biennial projects earmarked for public spaces. One reason for this is to highlight what has happened and is happening in urban public spaces together with the Gezi resistance. The second reason had to do with what it would mean to create artwork with the permission of the same authorities that had violently suppressed the people’s voices. Thirdly, some of the public sites we had earmarked for outdoor projects had recently been privatized. There has been a huge land transfer from state to private ownership since the 1990s. We therefore withdrew from all public sites in order not to approve or legitimize Istanbul’s rampant gentrification. Last, the government misinformed us. We were hoping to materialize a proposal by Rietveld Architects within the Ataturk Cultural Center (AKM). When we applied to the Ministry of Tourism and Culture in February, they said that they were planning to complete the AKM’s renovation by Oct. 29, or Nov. 10 at the latest. Only during the Gezi protests did it emerge that they were planning to tear down the AKM before the biennial even opened.

GOLONU  So the authorities didn’t even bother to send you a formal refusal for this and other proposals? You encountered complete silence?

ERDEMCI  Exactly. There were supposed to be 14 projects in urban public spaces, and we had to cancel all of them. Not all of the artists were able to rethink their projects for interior exhibition spaces, so some of these concepts have completely evaporated. But fortunately, artists such as Tadashi Kawamata have been able to adapt their concepts to interior spaces.

On a positive note, the IKSV [the Istanbul Foundation for Culture and Arts, which organizes the biennial] has been able to accomplish something that they have been trying to implement for years—entry to this year’s biennial will be completely free of charge.

GOLONU  Your exhibition topic, as well as a prelude exhibition at Tanas, Berlin, “Agoraphobia” [May 25-July 27], were extremely prophetic in accurately reading the pulse of an extremely charged sociopolitical climate that would erupt in massive protests against the abuse of power.

ERDEMCI  Yes, I feel very lucky both as a citizen and a curator. Many of the questions I have posed in the biennial are materializing in real life. There will be projects in the exhibition about urban transformation and freedom of speech, which were already on the table before the Gezi protests erupted. However, I didn’t ask the artists in the exhibition to comment on Gezi because I think it is too soon. I don’t want to frame this movement too urgently because doing so can cause premature outcomes. What I see right now is people wanting to be social, to engage with one another and to form collective movements. They don’t want an authority, and we also don’t want to interfere from an institutional, top-down position. But maybe after six months or so, it will be time to curate something.