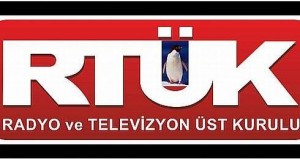 According to Gazeteport, the council reasoned its decision saying that these channels broadcasted program content that could harm the physical, moral and mental development  of children and young people.

RTÜK members from Turkey’s main opposition party (CHP) objected to a report by Content Evaluation Office President – a bureaucrat that resumed office as interim despite a court on his removal from office.

RTÜK members from Turkey’s opposition parties Hülya Alp and Süleyman Demirkan (CHP) and Esat Çıplak (MHP) objected to the decision saying that mainstream media remained silent to Gezi Resistance on its very first days and public had the right to information. But the remaining 5 members of the commission – who were selected from the quota of governing AKP – supported the fines and warnings. (YY/BM)