Ali İsmail Korkmaz, 19, who was beaten up by an unidentified group while he was runing away from tear gas firing of the police at Gezi Park solidarity demonstrations in Eskişehir on 2 June 2013, has passed away at Osmangazi University Hospital. An entry on Ekşi Sözlük – an online urban dictionary in Turkish – tells about the events of that night: 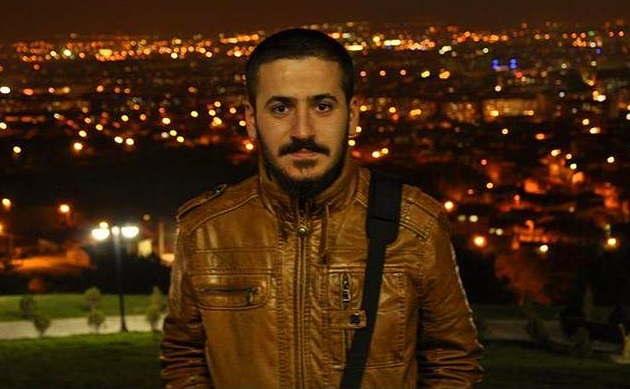 It’s very hard for me to describe the things I’ve witnessed at Yunus Emre street and I will try not to curse while telling them.

I met with a friend and participated in the demonstrations in front of Espark. We proudly chanted our slogans; everything was so perfect that no word can describe our feelings. I love all of you.

As we had to go to work on Monday, around 23:30 we had to leave Espark and I walked with my friend to home.

His home was on a street crossing Yunus Emre street and at the very end of the street there was a clash between the riot police and the demonstrators. The police was firing teargas bombs in certain intervals and the crowd was dispersing into side ways.

I recorded this with my mobile phone; I had two videos. Right after the second video, a TOMA (Riot Control Vehicle) demolished the barricade and the riot police started attacking.

I immediately started to run away. Together with a group of people who were not involved in the demonstrations, we walked down to the crossroad on the midway of Yunus Emre street. There was riot police there and it was protecting the AKP headquartes.

On my way home I came to the covered market place. An elderly lady and a couple were there and were struck by the tear gas. I was also influenced and together with these people we took shelter in a bakery on the side street.

On the corner there were civil cops keeping guard with sticks on their hands. After pulling myself together I walked out and while I was on my way riot police started attacking again.

Not to walk into that scramble and got hurt I went back to the corner of the bakery. After the demonstrators dispersed unfortunately one of them came to the street where I was waiting and the police attacked him, one single person, very harshly, beating him to death.

Furthermore, a gang of vandals who were standing infront of the bakery, got some wooden sticks from the shop and started to hit him on his back, legs violently.

I was frozen, couldn’t move, couldn’t do anything.

Then one of those cad, inhuman creature started to kick the young man on his stomach. Thank god he was swift enough to stand up and run away from the site immediately.

Cursing severely after him this guy with the stick started to wait for his next victims on the same spot.

As I haven’t heard sounds of clash or any tear gas firing started to walk away but an new attack came after.

The demonstrators were dispersed again and this time two of them entered the street where the bakery was located.

I wanted to shout “don’t come here” but couldn’t because if I did they would beat me up violently as well.

Those two were also cornered there by riot police and the hitman with the stick. The one at the backwas beaten up harshly.

The other one was taken down by 5 people right in front of me and kicked up countless times.

He received countless blows on his head and back and hit his head on the pavement. He had to pretend passing out to stop this assault.

After a short while he slowly stood up, his back was full of bruises.

I was so scared that I couldn’t even go and help him. I was scared to be beaten up.

That dirtbag shouted at the young man laying on the ground “are you still here, you son of a bitch, just f..k off!!”. He stood up and started to run away down the steet.

He had another blow from the civil cops standing on the other end of the street and ran away to save his life.

That bakery, that bum with the stick, people being beaten up right in front of my eyes, the sounds of hits and suffering…..

I swear this is the truth, no lies. They all happened in front of my eyes 1 or 1,5 hours ago.

Police is beating up as if trying to kill…

By the way, one of the bakery employees shouted “you sons of bitches, you have to give your lives for this government”.

And as a last point, if I want to I can announce the address of the bakery from here but the anti-tayyip groups would tear that palce down!

edit: I couldn’t help those brothers, something in me just died. Here I show the location of the bakery on the map, so that nobody will be trapped again. Don’t go into that street if you’re on Yunus Emre street.

please walk around those streets in the morning and learn them well.

What has Father Korkmaz said earlier?

While running away from gas Ali enters the street where they are waiting. He is stuck between gang with the sticks and the riot police. They beat up my son so violently… He passes out at the spot where he was beaten with sticks. After a while he stood up and tried to head home. Then he is beaten up again by another group. Exhausted he could get himself to a bus station and he passed out there. His friends found him by chance and took him to hospital immediately.