Media in the hands of citizens can rattle regimes. It makes it much harder for rulers to maintain legitimacy by controlling the public sphere. But activists, who have made such effective use of technology to rally supporters, still need to figure out how to convert that energy into greater impact. 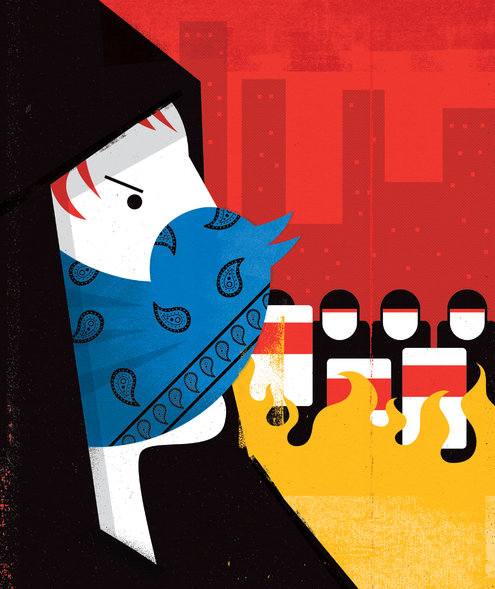 LAST Wednesday, more than 100,000 people showed up in Istanbul for a funeral that turned into a mass demonstration. No formal organization made the call. The news had come from Twitter: Berkin Elvan, 15, had died. He had been hit in the head by a tear-gas canister on his way to buy bread during the Gezi protests last June. During the 269 days he spent in a coma, Berkin’s face had become a symbol of civic resistance shared on social media from Facebook to Instagram, and the response, when his family tweeted “we lost our son” and then a funeral date, was spontaneous.

Protests like this one, fueled by social media and erupting into spectacular mass events, look like powerful statements of opposition against a regime. And whether these take place in Turkey, Egypt or Ukraine, pundits often speculate that the days of a ruling party or government, or at least its unpopular policies, must be numbered. Yet often these huge mobilizations of citizens inexplicably wither away without the impact on policy you might expect from their scale.

This muted effect is not because social media isn’t good at what it does, but, in a way, because it’s very good at what it does. Digital tools make it much easier to build up movements quickly, and they greatly lower coordination costs. This seems like a good thing at first, but it often results in an unanticipated weakness: Before the Internet, the tedious work of organizing that was required to circumvent censorship or to organize a protest also helped build infrastructure for decision making and strategies for sustaining momentum. Now movements can rush past that step, often to their own detriment.

In Spain, protesters who called themselves the Indignados (the outraged) took to public squares in large numbers in 2011, yet the austerity policies they opposed are still in effect. Occupy Wall Street filled Lower Manhattan in October 2011, crystallizing the image of the 99 percent versus the 1 percent without forcing a change in the nation’s widening inequality. And in Egypt, Tahrir Square protesters in January 2011 used social media to capture the world’s attention. Later that year, during clashes in the square, four people in their 20s used Google spreadsheets, mobile communication and Twitter to coordinate supplies for 10 field hospitals that cared for the wounded. But three years later, a repressive military regime is back in power.

Thousands of people turned out in Istanbul last June to defy the government’s plan to raze Gezi Park, in spite of the fact that the heavily censored mass media had all but ignored the initial protests, broadcasting documentaries about penguins instead of the news. Four college students organized a citizen journalism network that busted censorship 140 characters at a time. I met parents at the protests who were imploring their children to teach them how to use Twitter as it became a real-time newswire, an organizing tool and a communication device for those in the park and its surroundings. One protester told me, “Internet brings freedom.”

But after all that, in the approaching local elections, the ruling party is expected to retain its dominance.

Compare this with what it took to produce and distribute pamphlets announcing the Montgomery bus boycott in 1955. Jo Ann Robinson, a professor at Alabama State College, and a few students sneaked into the duplicating room and worked all night to secretly mimeograph 52,000 leaflets to be distributed by hand with the help of 68 African-American political, religious, educational and labor organizations throughout the city. Even mundane tasks like coordinating car pools (in an era before there were spreadsheets) required endless hours of collaborative work.

By the time the United States government was faced with the March on Washington in 1963, the protest amounted to not just 300,000 demonstrators but the committed partnerships and logistics required to get them all there — and to sustain a movement for years against brutally enforced Jim Crow laws. That movement had the capacity to leverage boycotts, strikes and demonstrations to push its cause forward. Recent marches on Washington of similar sizes, including the 50th anniversary march last year, also signaled discontent and a desire for change, but just didn’t pose the same threat to the powers that be.

Social media can provide a huge advantage in assembling the strength in numbers that movements depend on. Those “likes” on Facebook, derided as slacktivism or clicktivism, can have long-term consequences by defining which sentiments are “normal” or “obvious” — perhaps among the most important levers of change. That’s one reason the same-sex marriage movement, which uses online and offline visibility as a key strategy, has been so successful, and it’s also why authoritarian governments try to ban social media.

During the Gezi protests, Prime Minister Recep Tayyip Erdogan called Twitter and other social media a “menace to society.” More recently, Turkey’s Parliament passed a law greatly increasing the government’s ability to censor online content and expand surveillance, and Mr. Erdogan said he would consider blocking access to Facebook and YouTube. It’s also telling that one of the first moves by President Vladimir V. Putin of Russia before annexing Crimea was to shut down the websites of dissidents in Russia.

Media in the hands of citizens can rattle regimes. It makes it much harder for rulers to maintain legitimacy by controlling the public sphere. But activists, who have made such effective use of technology to rally supporters, still need to figure out how to convert that energy into greater impact. The point isn’t just to challenge power; it’s to change it.