Hrant Dink Foundation released its report on “Hate Speech in Media and Discriminative Discourse”, stating that Gezi protestors were targeted in the media. 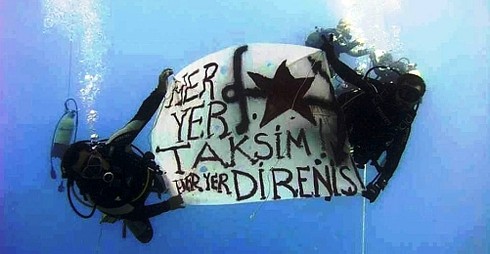 Hrant Dink Foundation released its May-August 2013 period report on “Hate Speech in Media and Discriminative Discourse”, stating that Gezi protestors were targeted in the media.

While the first section of the report included “hate speech in print media”, the second section was dedicated to the discriminative discourse during Gezi Resistance protests.

During the first quarter of 2013, the number of published articles containing hate speech took a fall compared to past terms.

The reason behind this fall was due to lack of a well-defined target group such as Armenians or Kurds, the report said.

According to the report, hate speech related to Gezi Resistance has been directed to a group that is hard to define. Some of the content has been outlisted because it was reciting verses from Quran or other religious texts.

Armenians, Jewish and Christians as always

Some of the highlights from the report were as follows:

* Armenians, Jewish and Christians were targeted most to hate speech. The hate speech on BDP continued its trend.

* The report especially observed hate speech towards notable individuals in the society.

Milli Gazete and Yeni Akit racing for the top

* Hate speech was widely observed in the national media.

Hate speech towards women and LGBTs rose by 100 percent

* 24 news and column articles have been listed with hate speech towards women and LGBT people. Compared to the previous tolls, the rise was 100 percent.

* Groups have targeted due to their ethnicity, religious or national identities.

* The hate speech targeting national, ethnic or religious groups were mostly produced in newspaper columns (75.3 percent) in the form of exaggeration/loading/distortion.

* A fall has been observed in the number of hate speech towards Kurds. It was stated that “peace process” has been criticized less due to Gezi Resistance. The most frequent category, however, was still listed as adversary/war period.

* Yeni Şafak and Sabah newspapers topped the list for the news outlets with most hate speech towards Gezi Resistance.

* Most frequent categories for hate speech production were forming an enemy, targeting and forming hierarchy. (DBN/NV/BM)