As part of the project Inside Out initiated last year by the Festival The Influencers, one of the “reclaimed” walls of Barcelona has been pasted with the photos of people supporting the Gezi Park resistance in Istanbul. 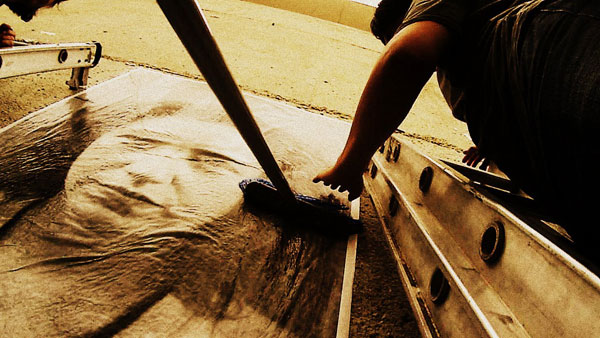 Inspired by JR’s large-format street “pastings”, INSIDE OUT gives everyone the opportunity to share their portrait and make a statement for what they stand for. It is a global platform for people to share their untold stories and transform messages of personal identity into works of public art. Each INSIDE OUT group action around the world is documented, archived and exhibited online. over 120,000 people from more than 108 countries have participated. The INSIDE OUT project has traveled from Ecuador to Nepal, from Mexico to Palestine, inspiring group actions on varied themes such as hope, diversity, gender-based violence, climate change…