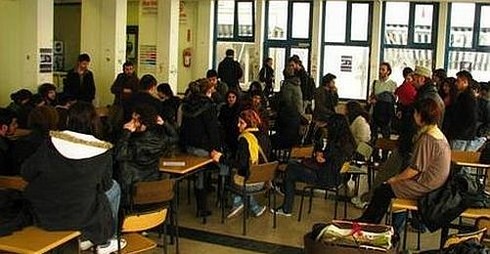 Bianet interviewed various university students regarding PM Erdoğan’s latest remark on college lifestyles. Reminding that their issues are similar regardless of being on campus, on the street or at the student residences, they spoke on their “gender-mixed” lifestyles.

“We have witnessed it in Denizli province. The incapacity of residences create issues. Male and female university students share the same apartment. There is no inspection on that. This is against our conservative democrat mentality. We have given orders to the governor. There will be an inspection one way or another,” PM said.

His remarks on the inspection of “gender-mixed” apartments reminded previous practices on funding newly wedded couples, segregation of student residences, annulment of student loans in the case of marriage during education and free housing for married couples if they agreed to stay in different buildings.

“I am speaking at a mixed-gender student apartment,”Fırat Doğan said.

“When I heard about the remark, I froze for a minute in front of the computer and thought it really happened. I checked other news websites and it was still there. It is absurd but true. ‘They will inspect boys and girls’. How come?”

“I am gay. How will they inspect my sharing of apartment with a guy? Who will make these inspections? I can’t even imagine how this imaginary institution will work.”

“This is a policy that not only violates individual freedoms it is a mentality that is bold enough to enter into your apartment and inspect inside your apartment.”

“This discourse will elevate the reactions in general. It will harden our efforts to transform the heterosexual-only society.

“AKP government is interested in people’s bedrooms regardless of age. I think they have a ‘halal’ sex in mind. They are trying to take all others out.”

“Remarks on student lifestyles is really on the edge of logic. Where is the end to it?”

“It is awkward that they imagine us naked”

Didem Türe, grad student and writer at Amargi told Bianet that young people’s sexuality is relentless a topic of discussion in Turkey and underlined the homophobic discourse beneath it.

“Gay couple will be able to stay in the same apartment. This is positive discrimination,” she said with a smile.

“It is awkward that these full-dressed people are imagining us naked all the time. [But at the same time] we should take into consideration that university student [might] have same sex, opposite-sex or asexual relationships.

“The news is full of harassment and rape cases. The women movement made a revolution. And then we hear this remark. Give [us] a break.”

“While the male student can check in and out residences easily, female students are reported to their families as soon as they are 5 minutes late. This is some sort of an ‘honor’ watch.”

“AKP put its eyes on women, universities and university students. It finds them dangerous and wants to control them.”

“How will the inspection be like? For instance, if I stay with my boyfriend, the neighbors will intervene. Real state agents will ask who I will stay with. We will hear phrases like ‘they are 3 girls. Let’s keep them safe. Maybe others will just report everything to our families.”

“During the Gezi Resistance, they spread rumors like ‘Girls and boys are entering mosques together. There was the image that we were all resisting ‘boys and girls’. What happens when you enter the same classroom or cafeteria together? Everybody has their own life.”

“AKP is intervening to our lifestyles. We must unite against this.” (BK/ÇT/BM)