Metis Publishing House released the book version of “Gezi Resistance” issue of NTV Tarih, a popular history magazine that was closed down due to its attitude towards Gezi protests. 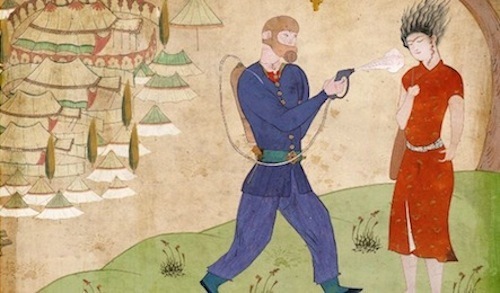 Metis released a statement, saying that they were going to donate the book revenue to the families of those who lost their lives in the Gezi Resistance protests.

“We are publishing the Gezi Resistance issue as a document of the linkage between power authorities and media – with the hope that we can leave it to our sons and grandchildren,” Metis wrote.

“As NTV Tarih Magazine, we were thinking that we were doing our usual job of depicting events through an original historical lens.”

“However, we were wrong. This piece of work was meant to release this book. After higher executive boards told us that the issue would not be published, it also turned out that the magazine was shot down.”

“Though the marvelous  issue with a cover page saying “history written as it is happening” will not be abandoned to the dusty pages of history.”

“We are publishing it as the Marvelous Book. Now we have a piece of publication that will document both Gezi Resistance and media-politics relations in Turkey – which has collectible value. We have previously published it on the web, now we are releasing it as a book. History doesn’t freeze, it can’t be frozen. This is just the beginning, we will meet again.” (NV/BM)