I was born and raised in Ankara. But when I think of Ankara the first thing that comes to my mind is not Kuğulu Park, nor Bestekar Street or Kızılay and Atakule… It is our garden with the ivy covered fences. 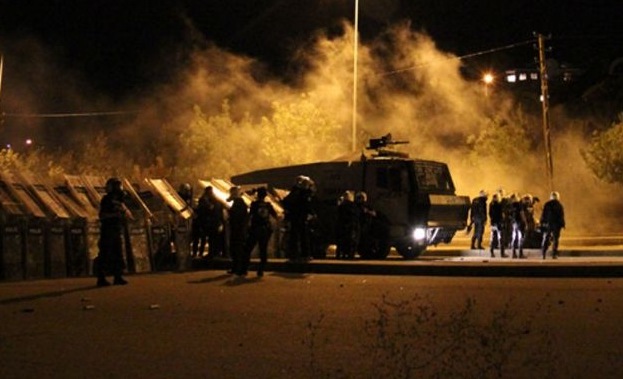 “To write is easy, you sit before the typewriter and bleed,” says Ernest Hemingway to another writer, Martha Gellhorne, who had difficulties to write during the Spanish Civil War…

I was born and raised in Ankara. But when I think of Ankara the first thing that comes to my mind is not Kuğulu Park, nor Bestekar Street or Kızılay and Atakule… It is our garden with the ivy covered fences. Then I remember the road to our grocery store that I march up every morning. Then, the tree in the garden of the house opposite, the neighbors who shake off the dust of their carpets from the window, the bus stop at the top of the uphill road, our neighborhood …

If they asked me, “What does Ankara mean to you?”, I could say, it is the steps going down to our grocery store Naz Gıda. In fact, neither the steps nor the store has anything special to them. However, they are more than just ordinary steps for me. It is as if the trees covering those steps hide some clichés of my intimate life: the first time I missed my footing while looking at a young woman passing by or the day when I grabbed the cigarette from a friend’s hand just to experiment with smoking for the first time and coughed my lungs out for long minutes…

I could also respond to that question by saying, “Ankara means Kebap 2000.” However, for me, that place holds neither Vedat Milör’s recommendations nor Ankara’s best kebab. It’s just one of the corner stones of my childhood memories because I climbed the trees in the garden of that restaurant or I tasted for the first time honey-cream and learnt to use a toothpick on its wooden tables…

And there is also our “Drunk Pub” which is not the best bar of Ankara… However, on a cold winter day when I turned 18, I drank my first legitimate beer in that place. And it was there that I managed to gather my courage and sat at a woman’s table while my heart was thumping like crazy…

Maybe that difficult question can be answered by a single word:

“What does Ankara mean to you?” Well, it is my neighborhood.

Well, a few days ago, that neighborhood at the gate of the 100.Yıl ODTÜ (Middle East Technical University campus) was almost razed to the ground.

Everything started 15 days ago. Everybody was talking about the new road that would pass by the gate of the ODTÜ campus. Everybody was concerned that the high-way construction

project would devastate the neighborhood. They were also very angry that many trees would be cut to build that high way. Soon, the municipality’s bulldozers showed up at the top of the hill. While we were discussing what we should do, the construction progressed. At the time when the construction reached our grocery store Gıda, we saw small tents appeared 200-300 meters away from the construction site. These were the ODTÜ students resisting the construction of the high-way.

In a few days, the inhabitants of our neighborhood joined the protestors and decorated the trees with banners that read, “Do not touch my neighborhood” or “Down with some roads!” They set tables in the square and served tea, coffee and cookies for the protestors.

For me and my friends who have been living in this neighborhood for 20 years (since we were born), that resistance place became a kind of shrine where we could really breathe. When we got angry because of some things that we saw on the TV or we heard on the radio, we would go there and discuss with people or play guitar and saz and sing all together. Some of the protestors were against the construction of the road; some were against Ankara’s Mayor Melih Gökçek and some others were just against the government… Even Madame Müzeyyen, the grandmother of one of my friends was there to show her support by distributing blankets and pillows.

As the construction progressed the resistance grew day by day. Now we had a library in the resistance area. All of us brought a couple of books from our homes to the resistance-library. I said goodbye to my copy of Anton Chekhov’s “Cherry Orchard” as if I was separating from my beloved one…

We were aware that this paradise couldn’t last long. Riot police poured out into the neighborhood from tens of buses. Everywhere was swamped with hundreds of police, heavy construction equipment and TOMA water cannons.

They took our friends into custody. They dashed our books to pieces. They stamped on Madame Müzeyyen’s blankets and pillows.

While we were still bewildered by the brutality of the intervention, we heard booming sounds. They knocked down the Kebap 2000. I could see the shreds of pots and dishes under the ruin. They started to uproot all the trees of that beautiful garden. The employees of the Kebap 2000 were chain-smoking and staring at the debris. I went to the owner to try and say some consoling words. He was blanched: “I watered and tended this garden for 10 years; they tore it down in 10 minutes.” Then we watched our Drunk Pub being pulled down.

I think that was when melancholy gave way to rage. We were 200-300 people who had gathered together. We started to march under the heavy downpour of tear gas. We couldn’t breathe. The tear gas fuses started to explode against the windows of our neighbors. We gathered in our homes the stray dogs and cats from the streets. My neighborhood looked like a battle ground. When I woke up the next morning, there wasn’t any trace of the tents or any debris.

What we were defending were not just a couple of trees or Kebap 2000’s garden or the Drunk PUB… We were defending our neighborhood. We were there for neighborliness, for friendship, for green areas, for humaneness… And as they poured down tear gas over us and we couldn’t breathe, we remembered once again that we were right.

In a few days, I’ll be going away. I won’t be able to drink a last beer in my neighborhood nor to have a last breakfast in a garden or find a friend to shake hands with. Worse than that, when I come back one day those steps will not be overlooking a green area, but a highway… Many more friends will be imprisoned and lose their lives or eyes for the sake of doing the right thing … And there will be many more gardens and parks razed down …

They took my neighborhood away from me.

They took my job, my father’s job, my kebab place, my bar, my gardens, my parks, my colors, the lives and eyes of my friends… I am not an optimist, but I am the captive of hope, as Desmond Tutu puts it. And at this very moment, I am far away, as never before from, coming to heel, collapsing or shutting up.

You, who cannot get enough of roads and get drawn into the asphalts! You, who claim the right while violating our basic rights!

You have already lost the war! We are now aware of your lies. We can read your fears from your brutality. The tear gas may make us cough and cry, but we can smell the odor of your desperation. We know that we are right. We will never forget your injustice for the right will win one day.