A court arrested four suspects (including a policeman) for the willful murder of Ali Ismail Korkmaz, a Gezi Park protestors who died in the results of massive beating in Eskişehir province. 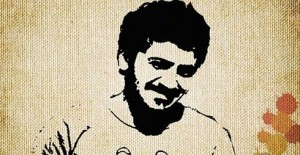 A court arrested four suspects (including a policeman) who stood trial for the willful murder of Ali Ismail Korkmaz – a Gezi Park protestor who died in the results of massive beating in Eskişehir province.

Previously, Gendarmerie Criminal Unit was able to repair footage of murder moment that has been deleted. Yesterday, police detained 8 individuals including 4 public workers. While 4 were released after their testimonies, 3 local bakers adjacent to crime scene and a policeman have been arrested. Police authorities reported that they are also trying to identify another suspect – a civilian.

Gürkan Korkmaz, brother of Ali Ismail and family lawyer, claimed that a nearby bakery owner changed his testimony regarding his presence in the time of incident after the release of footage. “This individual said that police ordered the protests to freeze,” he continued.

Orhan Çetingül, Chief Prosecutor of Eskişehir, held a press conference, saying that the deletion of footage has not been made by police. “3 suspects admitted the deletion in their testimonies.”

On July 10, university student Ali Ismail Korkmaz (19), a Gezi Resistance protestor who was severely battened by a group of casually-dressed people on June 3 while running away from police intervention, died in a hospital in the central province of Eskişehir.

It was reported that two of three surveillance cameras nearby the crime scene had no recordings and the only remaining camera recordings turned out to be “damaged” and “missing”. Prosecutors launched investigations on law enforcement officers who collected the footage.

An expert report included “damaged” footage from the time of incident, however no scenes of beating were included.

Gendarmerie Criminal Unit was able to retain footage of murder moment that has been deleted.

The court released a suspect who was arrested upon internet videos within the investigation, as he didn’t show up in the latest surveillance camera footage.