We continue the testimonies of the youths:

Today we talk with a daring young lawyer, a graduate of the Istanbul University, Faculty of Law. She has been part of the Gezi movement from the start both as a protester and as a lawyer. She tells us about her first-hand experience. Let’s listen to her

What is your name? 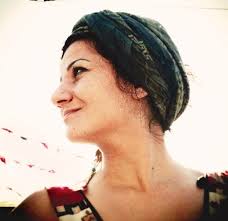 What is your occupation?
- Lawyer.

How long have you been a practicing lawyer?
- For eight years. At the same time, I’m doing my Masters at Bilgi University, Human Rights Department.

What kinds of cases do you handle?
- The violation of women’s rights in professional life and of the LGBT people’s rights.

What was your reason to participate in Gezi movement?
- I participated to the Gezi resistance both as a resister and as a lawyer. I’ve taken to the streets and squares with others for the past seventeen days. I felt honored to resist together with those youths. At first I didn’t want to be there identified as a lawyer, because at that time it was necessary to resist. It felt incredibly good to be part of that struggle. It was like being reborn, to hope anew and to hold onto life again. I brought food to the protesters staying in Gezi Park, did cleaning when needed and just spent time with them.

And then?
- At one point, I had to shift from being a resister to being a lawyer. I informed the resisters of laws and jurisdictions. I told them what to do in case of being taken into custody. I told to them what to say if they are taken by the police. Some of those young people are so naive and apolitical that I even had to remind them that they should carry an ID card with them. I told them to ask the reason for their arrest if they are arrested. I tried to provide them with legal support as much as I could. And then I worked in the hospitals.

As a volunteer lawyer?
-Yes. At the Taksim First Aid Hospital, for instance. When the wounded were admitted to the hospital I took their pictures and compiled reports. I asked them what kind of injuries they had sustained and if they wanted to lodge complaints. Photos, especially, are very important for us lawyers. We collect them on behalf of the Istanbul Bar. Those photos are our primary evidence. We are talking about really serious unjust treatment here.

What was the most horrible story that you witnessed?
-I went to a young man’s home; his head had been wounded by a tear gas canister. He had been in a coma for ten days. Because he couldn’t come to give his testimony the Bar sent me to him. I was devastated at seeing him. He looked terrible. He couldn’t speak nor could he understand what was being said. He had become a small kid, and he’d become dependent. Then I saw young people whose eyes had dropped out. One of them was brought to the hospital. The doctor said, “The rubber bullet hit his eye from such a close distance that the liquid of his eye had drained out even before he arrived here!” When I heard this I was shocked and couldn’t do anything for a while. What is this savagery about! You are nose to nose to someone, there is maybe three meters between you, and you target the other’s eye and fire a rubber bullet! And you just watch the other’s eye draining out in front of you. How could anyone explain this to me?

Were there any other incidents that affected you?
-Kids whose heads were covered with blood called their mothers as soon as they got to the hospital. While the doctors were suturing their heads they were saying to their mothers, “Don’t worry, mom, I am okay.” I really respect these kids. Their courage inspired me. And once their stiches were done, they went out immediately to continue protesting.

How did all these affect you?
-I used to consider myself fearless. Indeed, I am a courageous and contentious person. However, the sound of tear gas bombs that I have been hearing for days makes me feel like we are in a war. And this affected me very badly. Now I have panic attacks. I feel constantly as if something horrible is about to happen, as if a policeman could come after me and inflict me with excessive violence. I feel as if we may never return to a normal, ordinary life. Of course, this is not true. But it is true that all these events have upset all of us.

There are over four hundred arrested and nine missing

How many arrested people are there as of today?
–Over four hundred. I can’t give you an exact number because it is still going on. There are also people who have disappeared after their arrest. In the media misinformation circulates about the number of the missing people. They say it is thirty-two. This is not correct. The number that the Istanbul Bar’s announces is nine. The families inform us. They say that their kids or relatives were arrested but there aren’t any reports or registrations in their names at the Chief of Police Department. We still don’t know what has happened to them. We are investigating these cases

How many volunteer lawyers are there?
-Nine hundred lawyers have just left their usual work and try to provide legal support to the Gezi protestors. So have I. For the last twenty days, I haven’t done my own job in order to be present at the prosecutors’ offices or at the courts to help them.

What was the reason to arrest the doctors and lawyers?
-For the doctors there are two reasons. First, the existence of people who are not doctors in the infirmaries. The first reason is acceptable, but the second is absolutely unacceptable: the fact that the doctors attended to the injured in the Gezi infirmaries while working their official shifts at the hospitals. This is an astounding example of intolerance.

And the lawyers?
-When Gezi Park was evacuated by excessive police interventions, we wanted to protest this as lawyers in the Çağlayan Court House. At first, we were fifteen lawyers. After the police intervention to disperse us, this number rose to eleven hundred. On that day, one of the policemen grabbed my hair and hit me with his shield; I fell down and my foot popped out of my shoe. The police assaulted me very badly. My two friends who tried to prevent this violence argued with the police and they were arrested. And after these arrests, we did a sit-in protest. Then we were taken into custody by about three hundred riot control police while we were wearing our lawyer robes. I don’t call this an “arrest”, because in order to arrest people you have to have some suspicions and good reasons. What we went through was a kind of “illegal detention”. Anyway, they didn’t file official reports about us because the police knew that this was unlawful. I asked of the police, “Do you know why you are taking us?” They said, “No. We got the order to do this. And that’s it.” It was an illegal act. And we are going to lodge a criminal report about this.

Do not talk without the presence of your lawyer

I told this to the young people at Gezi Park: You shouldn’t sign any documents. You shouldn’t sign any official reports. You should demand a lawyer. If you demand a lawyer, nobody can take your testimony without the presence of your lawyer. And we should not forget this: We have a right to be silent at the police departments or at the prosecutors’ offices. You can use this right to be silent unless a lawyer is present.

That park was a microcosm

What was the thing that most amazed you in Gezi Park?
-That ardor, that enthusiasm, and that solidarity… It was like a dream. That park was a microcosm where everybody was smiling and caring for others. It filled me with hope at the very moment when I was in extreme despair about the politics of the government, about the repressions and about corrupt court decisions. Seeing the people take to the streets in order to protest injustices and corruptions despite the repression and brutality gave me hope for our future.

I thought everything was over.

What should we do?
-We told people this: If you are taken into custody while you are in the street, shout your name out loud so that we can find you. If you don’t have an ID card with you, the police have the right to take you to the station. In that case, you should ask why you are being taken into custody. Because the government is applying the state of emergency at the moment, the police can take people into custody for any reason. There are so many people arrested that nobody knows who gave the order and why. Sometimes the police just collect people and then release them somewhere else, not knowing where to fake them. What is this? For instance, they let go a bus-full of people in Tarlabaşı. They didn’t know what to do with these people; so, they drove them around Istanbul and then just let them go. There are many similar cases

What was the moment that scared you the most?
-Last Saturday, we were stuck at the Ramada Hotel. Outside the hotel there were heavy clouds of gas. It was horrible. The police pointed their tear gas rifles at us. During the 1999 earthquake I was also at that hotel. After a while I took myself out of the hotel and was stuck between the police and the protestors. I had a professional gas mask on. I caught the eyes of the policeman with the riffle. I thought everything was over. I was so scared. I can still hear those voices. There were little kids among the protestors. Hundreds of people were running hither and thither for their lives. I said to myself, “What have we done to deserve this?” Really, what have we done?