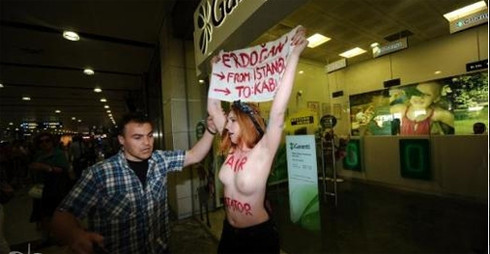 Source for the image: bianet.org

She also unfurled a banner reading “Erdoğan from Istanbul To Kabul.”

She was immediately detained by police. 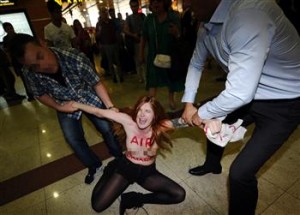 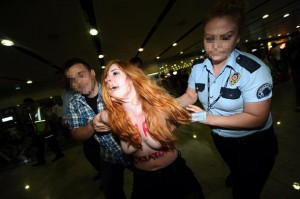 A feminist activist from the radical protest group Femen is arrested by Turkish police as she protests against the Turkish Prime Minister Recep Tayyip Erdogan on July 5, 2013 at the Sabiha Gokcen airport in Istanbul. AFP photo