A verdict has been reached on the trial of Yusufcan Yildirim who has been accused of having ties with four independent illegal organizations.  We discussed his 2-year-1-month long sentence and his days under custody following the Gezi protest. 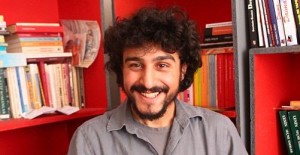 A verdict has been reached on the trial of Yusufcan Yildirim, an undergraduate majoring in political science at Ankara University. He will serve prisonment for 13 months for allegedly being a member of four illegal organizations.

He was taken under custody when he was sitting at a park with charges of protesting violently by using weapons. He was arrested on January 23, 2013 and was released on December 16, 2013 after eleven months of prisonment. Two other people who were charged with similar accusations were released while he was arrested due to books, periodicals and newspapers found in his apartment.

Yildirim was taken under custody once again during Gezi Protests but was relased as a results of complaints made against his trial conditions.

We will appeal to court’s verdict. None of the books nor periodicals found in my apartment are illegal. I have given my statement. My attorneys are preparing for an appeal but I think prosecution will also appeal. It has only been a since the announcement of court decision. I don’t know what will happen. The books they found in my apartment are presented as evidence of aid and abet. It’s not even clear for what I am aiding?

“I was charged with1st degree murder, but who was the victim?”

On the morning of June 18th, he was detained in his apartment and stayed under custody for 2 weeks. He laughs at the accusations:

“ Everyone detained during Gezi protests are detained with the same charges. The police has ten illegal organizations and the judge asks, “ are you a member of any of these organizations? Which one?” When we question the basis of these charges, they ask “ who ordered you to participate in gezi protests? Which organization is supporting this?”

They argue that they can distinguish between good-willed supporters of Gezi protests and marginal groups. They want to separate

One of the 14 allegations that we were charged with was 1st degree murder. When the judge asked my opinion during my defense? I asked “Murder? But who is the victim?”

I participated in Gezi protest to oppose government’s oppressive stance. Yes, I was a part of the resistance, and the pictures that they had shown me at the interrogation were taken at the protests. I do not deny my afflitiation with the pictures but I cant how they could relate those pictures with being a member of a terrorist organization.

“Everything will get better”

Yusufcan greeted the Gezi protesters in a letter he wrote after he was released.

“Werent I a part of the protests? No I was. Those 20 days I spent under detention were the best days of the 22 years I have had so far. I saw how powerful we can become when we unite. I saw what we can do when thousands of people with very different individual problems put their differences aside and unite against the common reason behind their problems. I saw people who would help out. I was born in 1991 and our generation has always shunned from politics.  Nevertheless, the potential of my generation made me proud. “

“And like many others, I also saw Ethem being shot. I will never forget nor forgive.

Yusufacan, who was prisoned in Sincan F type prison for 11 months, recounts the solidarity of prisoners:

“The only way to put up with the harsh conditions of prisonment was solidarity and sharing. The arrival of a new prisoner is recognized by the opening and the closing of the door. Nevertheless, the prisoner introduces himself when he is on a fresh air break. He tells, “My name is …, I am a new prisoner. Can anyone hear me?” When I first introduced myself, I was concerned that noone would acknowledge my presence. On the contrary, prisoner next door said, ”I heard you” It is very important to hear another voice because the only way to withstand the harsh conditions of the prisonment is solidarity.”

In the prison, the prisoners are most curious about the resistance. Prisoners are greeting the Gezi protestors and are in solidarity with them even if they cant physically participate in the protests. (ASA/HK)