An eyewitness told the day when Ali İsmail Korkmaz was beaten to pulp. Korkmaz passed away in Eskișehir in the hospital where he was treated. 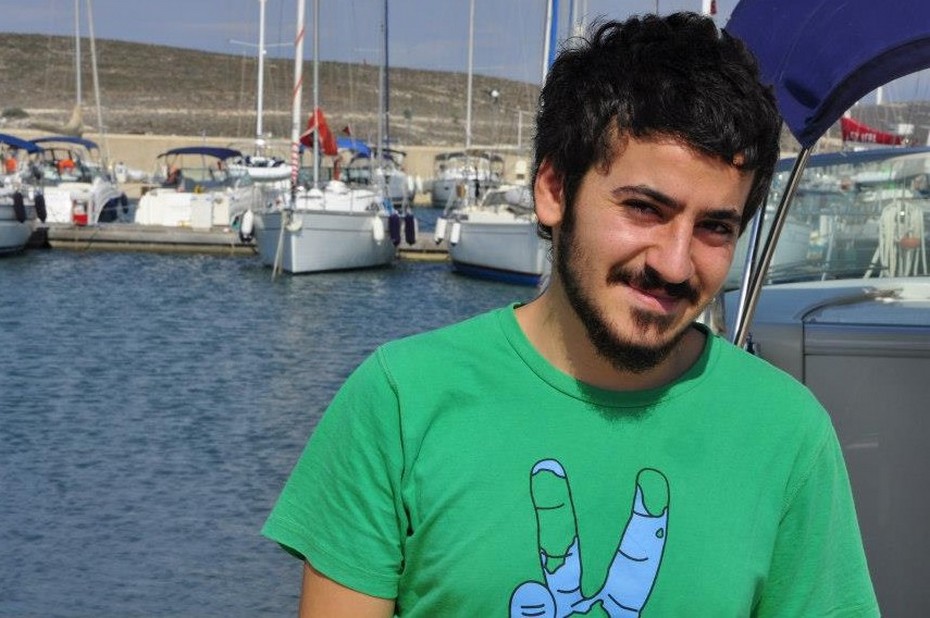 The fifth fatality during the Gezi protests occurred yesterday when Ali İsmail Korkmaz passed away due to brain hemorrhage. Korkmaz, 19, was a freshman at the English Teacher Department at the Faculty of Education of the Eskișehir Anadolu University.

Korkmaz attended a march organized in Eskișehir in support of Gezi Park protests. He was attacked by an unknown group of people while running away from police attack. He passed away at the Osmangazi University Hospital.

A contributor, with the pseudonym “Eses Taraftarı Porsuk Canavarı,” (Porsuk Monster, a fan of Eses.) under the heading “Eskișehir” to ekși sözlük wrote about the police violence on the street where Korkmaz died at 2:15am: “Police shot to kill.”

The contributor wrote about what happened to the protestors on the street where they tried to take shelter from the police attack. He related how a protestor was beaten by a mob in which police forces participated.

“There was no sound or trace of tear gassing for about 15 minutes.  I decided to leave, but then the attack began again. The protestors dispersed. This time two people entered the street where the bakery was.

Anti-riot forces and a civilian with a wooden stick cornered these two people.

The police officers mercilessly beat the person coming from behind. The guy with the stick and employees of the bakery (5 in total) tackled down the protestor running in the front.

That boy fell down just in front of me, he received countless kicks.

They kicked his head, back and lower back, again and again. He hit his head to the pavement. Then he played possum to protect himself.

Few minutes later, he slowly rose from the ground. His back went livid, then purple. I could not help because I was scared. Had I helped him, they would have beaten me as well.”

T24 reached out and found the contributor. He said that the boy who was beaten up was Ali İsmail Korkmaz. “I saw his face clearly when he fell down. Then on the Internet I recognized him immediately from his pictures.” We asked how he knew that the group who beat him up included police officers. The contributor responded,

“They were hitting with batons. The mob had baseball bats and sticks. Some were beating him without sticks. They kicked him very hard in his head and lower back.”

The contributor gave his testimony with the request to be a secret identity witness. However, he said that his request got canceled. Here is what the witness told T24 about that night.

- Could you tell us what you experienced on June 2?

I was at the square in front of Espark with a friend. There was a huge crowd. The protest was going on peacefully. My friend’s home was close to Yunus Emre Street. I accompanied my friend to home. There were 50-60 people on a street leading to Yunus Emre Street. They were clashing with the police. I went to their direction to see what was going on. I watched the events for about 15-20 minutes. Anti-riot squads were firing teargas canisters intermittently. Then came the water cannon and the barricade was destroyed. With the destruction of the barricade, police forces began their attack. The group was running away. I ran with them and got closer to people who were not involved in the protests. I reached a further point on Yunus Emre Street by using side streets. On one end of the street the police was attacking the protestors and on the other end police had closed the street and was redirecting the drivers who were unaware of the events.

-  What were you doing at this time?

I waited there for 15-20 minutes and tried to figure out the best way to reach home. I took a street near the closed market. There were two drunken people on the street. When I saw that the coast was clear I started to walk. Then I arrived at the location where Ali would be beaten later. My face was burning because of the gas.  There was an older couple in front of me and we took shelter in the bakery. I went out after 15 minutes. Gas concentration was diminished. I decided to wait there a little bit more before I went home. At that moment a protestor got caught by the police and was beaten. A guy holding a wooden stick approached the police and began to beat the protestor. They were kicking the protestor. Then the protestor suddenly rose and managed to flee

- What was the situation on the street?

The guy carrying the stick, some people and some plain-clothed police officers began to wait in front of the bakery. After a while I began to walk towards my home. The anti-riot squad began to move and another protestor entered the streets. The group beat that protestor as well and the protestor managed to run away. Then I started to walk, but I saw the guy with the stick hiding in the passage. When the anti-riot squad attacked Ali İsmail Korkmaz, another guy entered the street to attack behind him.

- How did you know that person was Korkmaz?

I saw his face clearly when he fell down during the beating. I recognized him immediately from his pictures on the Internet.

- Well, how did the fatal beating happen?

Two police officers hiding behind a parked car at the street’s entrance attempted to catch Ali İsmail, but they failed. They caught the protestor coming from behind and beat him there. Ali was running and the guy with the stick could not catch him either. However, the crowd and plain-clothed officers outside the bakery pushed Ali and he lost his balance. He hit the shutter of a store. Plain-clothed officers and civilians began to beat him.

- How did you realize that those people were police officers?

They were beating him with batons. Civilians had baseball sticks and sticks. Some were beating him without sticks. They kicked him very hard in his head and lower back. Ali hit his head to the pavement as a result of one of the kicks and lost his consciousness. They stopped beating him when he fainted. I was in shock. I wanted to help but I was able to do anything because of fear. The crowd was furious. I saw Ali’s back. His T-shirt was folded and his back was livid. I thought that it might be dust because it was dark. When Ali slightly rose, the guy with baseball bat came to him and began to kick him by saying, “Are you still here bastard.” At that moment, Ali suddenly rose to his feet and moved towards the street’s entrance. There, two officers who could not catch him when he entered the street began to beat him.

I could not stand it anymore and went home using a different street. I gave my statement through lawyers who read my account on ekși sözlük. I just waited for Ali to recover. Yesterday I received the news that he passed away. I made my request to be a secret identity witness while giving my testimony because the police was involved in the case. Later I learned that my status as a secret identity witness was canceled. Now we will take steps to get my status approved again.