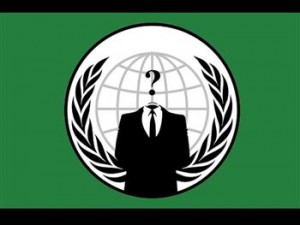 Anonymous has hacked the website of the Turkish TV watchdog June 12 in an operation dubbed ‘Tango Down RTÜK.

The global hacking collective Anonymous has hacked the website of the Turkish TV watchdog, after it fined today the broadcasters that showed live streaming of the Gezi Park protests.

Anonymous announced the operation targeting the Radio and Television Supreme Council (RTÜK), dubbed “Tango Down RTÜK,” via the Twitter account of the collective’s Turkish members. “You have fined the media organizations that told the truth. Now Anonymous is punishing you,” the group said in its message. “You will not expel the one who speaks truth from nine villages,” it added, referring to a Turkish proverb meaning that those who tell the truth are never well received.

Private TV networks that live broadcasted the clashes between police and demonstrators such as Halk TV, Ulusal TV, CEM TV and EM TV were fined for “harming the physical, moral and mental development of children and young people” by airing the live footage. Halk TV had in particular gained sudden popularity for its 24-hour streaming when mainstream media outlets gave little coverage of the protests.