This is a letter from Selim Önder’s daughter, Ayşe Önder. Selim Önder, after being exposed to gas canister smoke in his own home in Taksim, had suffered from problems of respiratory distress and lost his life on Father’s Day.

The Letter to the Turkish Medical Association
Dear Turkish Medical Association,
This letter is not political, not about politics, but about humanity. It is related to the effects of the deliberate use of unbelievable amounts of pepper gas, without caring about the people living in and around Taksim, by the Police Force following the order issued by government on Friday, May 31,

The Complaints after the Gas
My father was 88 years old, but he was robust, full of life. He was 88 years old, but he still used to take his regular walk, play his instruments, practice, perform, compose songs, read books every day and even go to the market-place together with us. All my father’s troubles during his two week long struggle, which resulted in his death, began after he was exposed to the gas.

As the oppression is so great, the violence is so ferocious, we are no longer able to follow the ones who were exposed to the deathly influence of the pepper gas, who lost their lives because of this, and the pain and sorrow of the ones whom they left behind.

Today, I wanted to share a letter sent to the Turkish Medical Association from daughter of Selim Önder, a folklorist and a retired music teacher whose only fault was being a resident of Taksim. 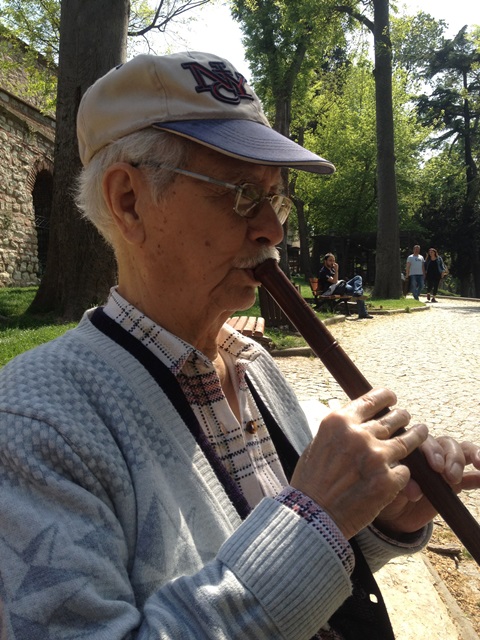 This text is not political, not about politics, but about humanity. It is related to the effects of the deliberate use of unbelievable amounts of pepper gas (only God knows what kind of other gases were used) by the Police Force following the order issued by government on Friday, May 31st, without caring about the people living in and around Taksim.

You wouldn’t believe how much gas was used that day; as if they were not humans but just inanimate blocks of stone that they were attacking… As if that was not a residential area! We couldn’t walk in our streets, we couldn’t stay in our own homes, we couldn’t even breathe!

We couldn’t think, guess or imagine that the government would try to kill the people by gas under the pretext of a so called “intervention”…

There is no secret behind this letter, an ideology, an interest-rate lobby, a masonic lodge or foreign forces; none of them”.

There is our pain, our disconsolate hearts that lie behind this letter.

This letter is written for the sake of humanity. So that you can be aware of what we lived, be informed about it… Please, also use it for this purpose.

A man, who spent his 88 years for this country, is dead now! We have been torn apart…

All my father’s troubles during his two week long struggle, which resulted in his death, began after he was exposed to the gas deliberately used in unbelievable amounts in Taksim.

When they were spraying these gases everywhere, it was obvious that they didn’t think about or pay attention to the dwellers, citizens who were passing by on the street, going to work or to their homes, buying bread, coming from mosques after Friday prayer (my mother and my father were exposed to gas personally while they were trying to reach home after buying some honey from the Spice Bazaar where they went following Friday prayer).

The gas was used so excessively that we had been inflicted by it even in our own homes, not only on the streets. My father, for example, was exposed to gas when he was in Taksim on his way to our home. Please be aware that my father had to walk through Taksim because we live in that neighborhood and he had to go home on foot because the municipality bus driver refused to go to Taksim stating that the road was closed. He was one of the passengers travelling to Taksim who were dropped off in Harbiye on the afternoon of May 31st. He was exposed to gas in our own home as well, especially in the morning when thepolice attacked Gezi Park and sprayed the gas on people in their tents. On that early morning, he woke up to perform salat at home, he was exposed to gas when he opened the window, and then he felt faint. During the following days, he started to experience respiratory distress every so often. I suppose, the gas was not helpful for a cardiac patient of 88 years old who was occasionally using 100 mcg Ventolin inhaler. His breathing problems were aggravated to such an extent that it began to influence his heart and aggravated all his existing health problems.

In the afternoon of May 31st, when I saw the condition of the streets, I approached the police officers who were standing around the tuberculosis dispensary on a street parallel to the İnönü Street, around the square and in front of Garanti Bank. I asked them not to use so much gas and I said that my father was 88 years old, that he was suffering from heart problems. I also mentioned that we even couldn’t sit in our own homes, that we had to walk in these streets, and asked how my father could step on the street under such circumstances. I asked them not to use gas in this fashion, I said that these people against whom they were using gas were human beings as well. A police officer in the group asked me not to try to understand, another mentioned that I was right but they had the order from their superiors to behave in that manner.

Additionally, when my parents were trying to reach home in the midst of such a tumult, those people, called looters by the Prime Minister, stopped running away from the police who was still using gas without caring about anybody, and helped my parents to go down the damaged stairs at Kutlu Street nearby the Park Hotel. They helped them to reach the main street.

On the 1st of June, my father was still affected by the gas although he had already gone to İzmir, and he himself mentioned that he was still suffering from breathing problems because of the gas he was exposed to. He said on the phone, “Ayşe, the gas was harmful for me, it affected me, my child, my breathing has not recovered, I haven’t felt well since then,” (That was 2nd of June, when I went to USA). The process which began as breathing difficulties resulted in a heart attack, he had been put into the intensive care unit on the 14th of June and lost his life on Monday, 16th of June.

Consequently, it may seem that my father, a cardiac old man, died because of a heart attack, however, all of his complaints started after being exposed to the gas, and that’s what he himself told his friends before he was hospitalized.

Now, we have lost our father and my mother has lost her husband.

There is a flaring fire inside of us, a fire which grows fiercer with each passing morning…