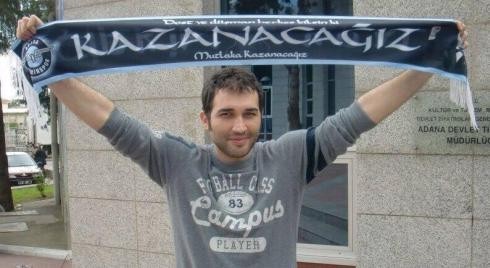 Suspects have been ordered to make a statement in Cybercrime Police Headquarters in Ankara.

“I was able to meet with Atay after his detention. He is doing fine. But he has no idea why he was detained. He said he had nothing to do with this,” Bolaç continued.

Advocate Sera Kedigil, on the other hand, said that Atay was charged with blocking the access of information technologies.

“He objected to the detention order. The charges, however, are not related to an illegal organization,” she said.

The investigation is supervised by Mehmet Ali Ethemoğlu, chief prosecutor at Ankara Bureau of Cybercrime Investigation. However, defense attorneys have reproached that they weren’t given adequate information due to a confidentiality order in the case.

Authorities said that detainees will be transferred to Ankara for their further statements.

“Neither Barış Atay nor other detainees have nothing to do with us,” Redhack announced via twitter. “All 14 of us are standing here.”

Previously, Atay joined Gezi Resistance protests and opposed to the reconstruction of Topçu Barracks in the heart of Istanbul.

“This is an uprising against 12 year long oppression. I have something to say to the Interior Minister who pledged that police wouldn’t break up any peaceful protests. I was one of the people who were singing songs at the park that night. You assaulted us in the dark like cowards. This is why we won’t get inside. This is just the beginning, struggle will resume,” Atay said during a protest walk.

Atay also wrote an article to support METU students and paid tribute visits to those who lost their beloved ones at Reyhanlı Blasts. (AS/BM)