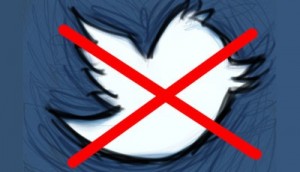 The Bar Association in Izmir organized a press conference stating that the Twitter arrests in the aftermath of the Gezi protests were based on illegally gathered information and no court decision. The police had staged a pre-emptive arrest of the authors of digital content in the absence of a direct order to even investigate the situation, finding evidence of any obvious criminal act, or a judge’s order to carry out these arrests.

The Bar’s report stated “Police officers, without a court warrant, logged into the Twitter and Facebook accounts of several people, went through and saved their message/sharing history. This happened in the absence of a court ruling to pursue these people, even when there was no need to determine their IP addresses. People were arrested out of suspicion and assumptions in pre-emptive manner.”

Currently these acts are considered unlawful; yet there are further developments to criminalize use of Twitter for political communication and in times of protests. A new bill soon to be passed in the parliament will enable the Turkish National Intelligence Agency to go over all information online, without needing any court ruling to investigate any event, using anyone as an informant to mobilize agents to spy on civilians’ Internet usage. The Bar Association’s declaration ends with the summary, “We are all being watched, we are all being filed.”

A popular citizen-journalist paper called Ötekilerin Postasi (The Others’ Post) has been the source of public news for a long time. It was the one to break the news that the mainstream media were reluctant to even consider publishing. It has been a good long journey with Ötekilerin Postasi until digital lynching campaigns were carried out systematically to ban their page from the social networks.

While hundreds of hate groups and pages that target individuals, places, and groups of socially marginalized people (such as LGBT communities) are allowed by Facebook to operate and spread their hate speech online, the sole alternative citizen journalist platform for Turkish readers has been closed down.

At the moment online activists – after carrying out a “penguin campaign” for CNN Turk, filling their Facebook page with penguin smilies – are considering starting a new campaign to draw attention to Facebook’s double standards and its acting without consideration. The activists are considering a new set of penguin campaigns, boycotting Facebook advertisements or even closing down their accounts – which adds up to millions of people.

Digital media is the only platform where information spreads freely to millions of people. Although the government’s intervention against freedom of information and speech are handicapping this, it is even more harmful when organized civilian attacks are carried out against these freedoms and liberties.